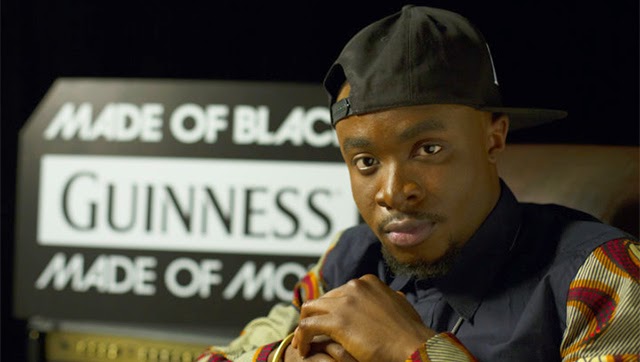 Ghanaian-British singer Fuse ODG has revealed that he will use proceeds from his next music single to help fight the Ebola crisis in Sierra Leone, Liberia and Guinea.

The multiple MOBO award winning artist hopes that the disease can be eradicated in these three affected West African countries where he says he has some “friends and loyal fans”.

“I hope from the bottom of my heart that the disease can be eradicated in Sierra Leone, Liberia and Guinea. I’ve performed in two of the three countries currently hit by the Ebola crisis, where I have friends and loyal fans, and will be donating the proceeds from my next single to help tackle this issue,” the Guinness #madeofblack Pan-African Ambassador said in a statement November 19, 2014.

The singer revealed this after turning down an offer to join the Sir Bob Geldof-led Band Aid 30 to compose a song to raise funds to fight Ebola.

The lyrics of the Sir Bob Geldof-led Band Aid 30 song titled “Do They Know It’s Christmas?” according to Fuse ODG were not in line of his belief adding that it portrays a negative image of Africa hence his decision to opt out. “Saying no to Bob Geldof is one of the hardest decisions I have had to make this year”.

According to Fuse ODG, although he is not disputing Band Aid’s good intentions, he did not agree with the lyrics, such as the lines “Where a kiss of love can kill you and there’s death in every tear”, and“There is no peace and joy in West Africa this Christmas”. For the past four years I have gone to Ghana at Christmas for the sole purpose of peace and joy. So for me to sing these lyrics would simply be a lie,” he added.

The Antenna music man has his own This Is New Africa (T.I.N.A) movement and decided to be a Guinness #madeofblack Ambassador because it celebrates Africa and Africans in a positive way. His single T.I.N.A. is currently trending on the UK Top 40 playlist and is yet to release his new single, proceeds from which will go to help fight the Ebola crisis in Sierra Leone, Liberia and Guinea.

Since the start of the outbreak in March, Ebola has killed over 5,000 persons, a situation which worries Fuse ODG.

Previous Reggie Rockstone, Zeal and Others Part Ways with Shatta Wale’s Manager Bulldog
Next SHOCKING: 40 Perish As Another Gold Mining Pit Caves In