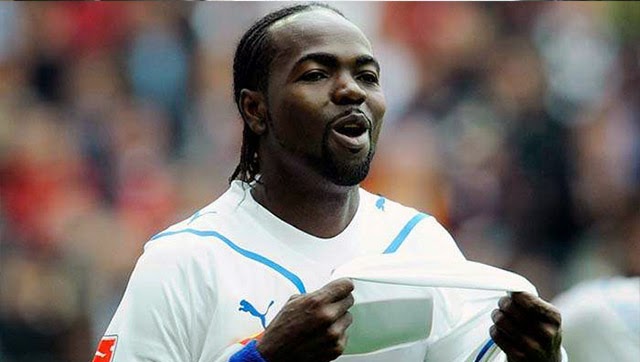 Prince Tagoe has been declared wanted by the Police after being suspected of involvement in shooting at the Paloma Night club.

According to the reports he had previously engaged in such an act, but went unpunished because the police were not able to get enough evidence to take him on.

“It is an offence for shooting to take place in a Night club because it is a public place and it could have hurt something,” Corporal Dela at the Nima Police station told Fox fm.

“The shooting incident happened when we arrived at the scene after receiving a telephone call to restore sanity in the area. If we had caught him we would have known why he fired bullets in such a public place.

“This is not the first time he has done this, so we will search for his where about.”

The 28-year-old striker won the Ghana top scorer in the 2005 league season before plying his trade abroad with clubs like Al Shabab, 1899 Hoffeinham, Club Africain, etc, but he is now a free agent after having last played for Kelantan FA in the Malaysian league.

He was also part of the Ghana team that reached the quarter finals of the 2010 FIFA World Cup in South Africa.