November 3, 2014 ENTERTAINMENT NEWS, NEWS Comments Off on Am sorry for wearing see through dress on stage— Raquel Tells the Story 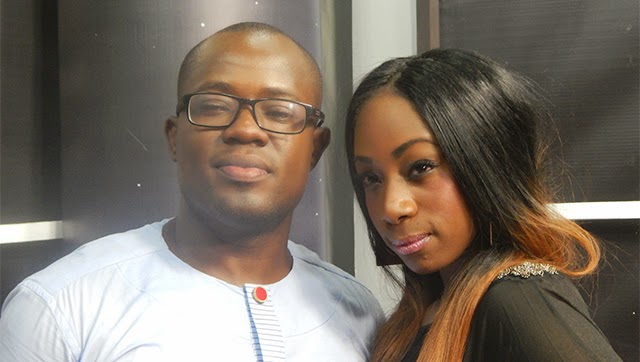 On Friday night, sassy songstress Raquel was in the couch with The Late Nite’s Celebrity Show host Giovani Caleb
to detail her experience after her private parts were pictured and circulated in the media.
“Things happen and people think you did them deliberately” The Sweetio hit maker said.
“Because, these things happen and continue to affect one for a long time. I mean everyone knows what happened to me years back, long story short, That year, I was on every single show and this was the last show of the year, and I decided to work with a new designer, And I was so bent on appearing on stage with that dress but the lights had gone off and she was still working on the dress. It was made of silk and she hadn’t put in the other layers and stuff. Because when an item is silk, you have to put a lining underneath it to prevent people from seeing through it.”
The songstress took control of the situation by accepting the blame and bashing in the aftermath of the saga.
“I went to her house and she was still making this dress, I tried the dress on and it was really tight, She advised I remove the lining underneath the silk to create some space in it, so it  fit a little bit more. Silly me, I removed the lining, put the dress on and sat in the car fixing my make up; on my way to the venue. The dress was just tearing in the slit area and by the time I got on stage, the dress had torn in an awkward way and it was the craziest experience in my life.”
“Just seeing everyone in the audience made me so uncomfortable, but I still had to perform. And I could feel the connection from the audience was not there because they could feel I wasn’t present during the performance. They could feel something was off.”
Efforts were made to salvage the situation because the singer revealed her manager spent almost an hour trying to get the pictures deleted but to no avail.
“I got off the stage and one of the camera guys approached my manager and they spoke for about an hour. After my manager came back to the car, I sort of knew what had happen and started to cry.
“The stage is up there, the camera people where down there and she managed to capture everything. She actually approached my manager and told him what they had seen and we expected them to delete them but they went ahead and did what they wanted to do with the pictures.”
“We didn’t have any confrontation with the camera person because we knew this person from meeting in many places so we assumed everything was OK when my manager talked to her.”
In conclusion, Raquel who is now promoting her I Won’t Cry single admitted:
“It was a really a horrible experience. I cried for months, my mother prayed for me and I tried to get over it.”
“I knew a lot more people were going to be hurt because of what happened, and so when I heard people saying it was done for publicity I was hurting more. I was already Raquel before that night, I had Odo, Sweetio and this happened. People shouldn’t think I’m a bad person; I come from a very good home.
Share