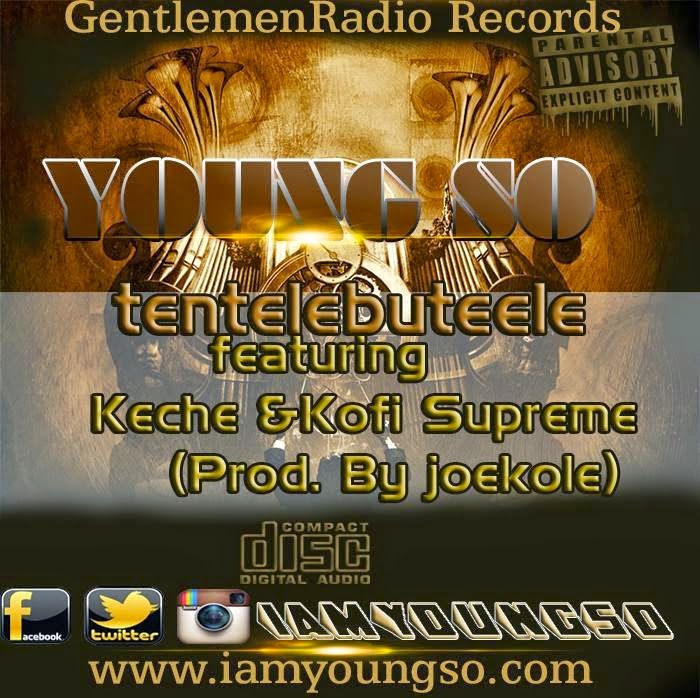 News reaching to Bigups Media indicates that,GentlemenRadio Record Label will be releasing another single by their artiste Young So in coming weeks. According to artist manager, Djfrank Abeeku the new single features Keche and Kofi Supreme is Dubbed as ‘T3nt3l3but33l3’ and it was produced by sound engineer Jokole. GentlemenRadio record Label have been working with Young So since last year and their productive this year shows how serious the label is with their artist. In the middle of this year the Label announces the release of Young SO debut album “THE GREATEST” by the end of this year even though the actual release date was not announce. So far two songs have been released from the “The Greastest” EP and soon to be release Tentelebuteele. The label did not mention if there will be a live performance in support of the forthcoming release. Young So posted on his social media wall about his forthcoming release of the pending music last two weeks, and promised his fans about “more music soon.” #T3nt3l3but33l3 Earlier this week, his manager and the label announces that #T3nt3l3but33l3 will be released digitally on Itunes early November on limited-edition for about couple of weeks before hitting the street. Stay tune for more music from the G.R.L.
Keep reading ,,,,