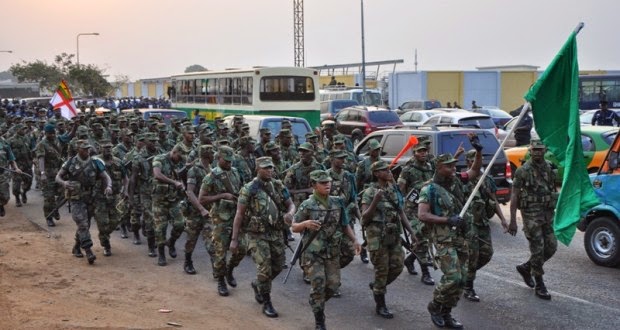 The Ghana Armed Forces has launched investigations into the attack on two army officers by unknown assailants on the beach road in Accra over the weekend.
The two officers were butchered by the assailants, leaving one officer dead and the other in critical condition at the 37 military hospital.According to reports, the attackers attempted to take away the mobile phones of the officers which resulted in a confrontation.

The soldiers were later dumped at the entrance of the Military Academy training school.
This is the second attack on military officers this month after two unidentified gunmen last Thursday opened fire on a military post in Alavanyo in the Volta region injuring a military officer in the process.citifmonline.com has gathered that reports of the two incidents have left officers across the country worried and they are backing their bosses to find the culprits.
Sources at the Ghana Armed Forces have also told Citi News that the leadership will work to smoke out the attackers as soon as possible.
By: Citifmonline>>>