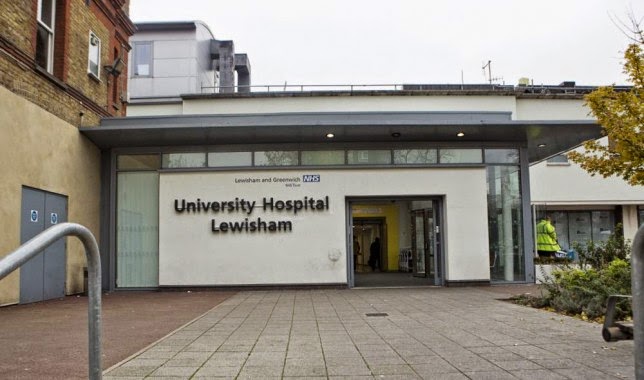 Britain’s hospitals may be unprepared to deal with an outbreak of the deadly Ebol
a virus, NHS insiders have claimed, after a suspected sufferer caused chaos in a London A&E ward.
Unprepared, ‘panicking’ staff at Lewisham hospital allowed the patient to use communal toilets and to have visitors, despite the risk of infecting others, insiders claimed this weekend.
Staff failed to follow correct procedures to deal with the deadly virus, despite high-profile NHS drills supposed to demonstrate that British hospitals are ready.
The supposed victim, who had travelled from Sierra Leone, was not transferred to a specialist unit at the Royal Free Hospital, the only fully-equipped ‘Ebola-proof’ isolation unit in the UK.

Instead, he was treated by staff at Lewisham hospital equipped with aprons, masks and gloves, rather than biohazard suits, insiders said.Ebola is fatal in up to 70 per cent of cases (Picture: EPA)

The man was later found not to have the virus.
The insider at Lewisham hospital said: ‘The hospital is unprepared. Staff were panicking and scared for their safety.’
The outbreak has killed 3,000 people in West Africa, and infected Westerners who had travelled to the region as well as the health workers treating them.
A Dallas nurse who was part of the treatment team for Thomas Eric Duncan, became the first person to contract the virus in the United States over the weekend, despite wearing protective clothing.
Symptoms of the virus can take up to 21 days after infection to appear – and the virus is fatal in up to 70 per cent of cases, according to the World Health Organisation.
Researchers at Boston Northeastern University predict there is a 50 per cent chance Ebola will arrive in Britain within the next 16 days, due to Britain being a major transport hub. 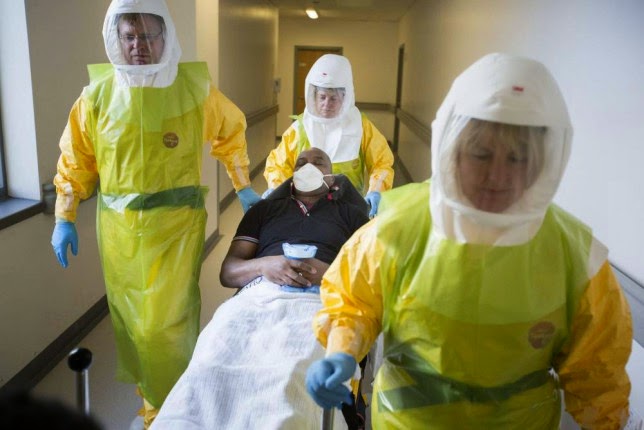