Inventors of Ebola must be punished – Palmer Buckle

October 18, 2014 BREAKING NEWS, NEWS Comments Off on Inventors of Ebola must be punished – Palmer Buckle 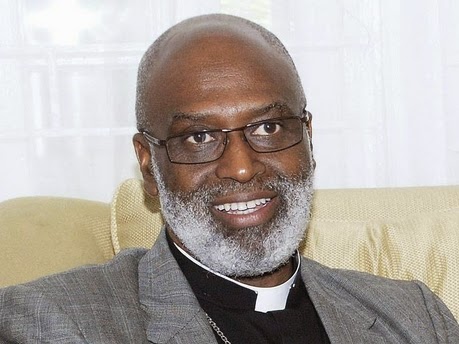 The Metropolitan Archbishop of Accra, Most Reverend Charles Palmer Buckle, has urged the international community not to ignore reports that Ebola was created in some laboratories to kill Africans.
“Some of us are very sad to hear that, it seems this Ebola virus run out of a laboratory that was doing what it shouldn’t be doing in Sierra Leone.
“We hope and pray that the world would talk about it, if it is true that they did some experimentation with human beings without authorization, so that whoever it was, whatever country was involved in something like that could be brought to book because it should not be allowed to happen” Palmer Buckle told Starr News in an exclusive interview.
The Leader of the Nation of Islam, Louis Farrakhan claimed that Ebola – the deadly disease ravaging parts of Africa – was designed by white scientists to specifically wipe off blacks.
The 81-year-old civil rights leader hurled the allegation in his organisation’s newspaper, ‘The Final Call’, insisting the disease is man-made and cooked up in a laboratory as a means of population control.
Professor Cyril Broderick of the Delaware State University in the US also recently wrote a letter to a Liberian newspaper alleging that Ebola was created by the U.S. military and pharmaceutical companies to intentionally spread the deadly disease in Africa.
Popular American singer Chris Brown also tweeted recently that the deadly Ebola pandemic, is a form of population control.
Various people across the world have also shared similar thoughts that Ebola was specifically created by some scientists.
However, Palmer Buckle said the world must look to God to help the sub-region overcome this pandemic.
“If the Lord our God would have the Church become a channel for – call it this way – causing infection it would be quite a very sad story, so we are praying to God to help this country, to help the sub-region to lift this scourge of this Ebola from all of us”.
Source: Ghana/Starrfmonline