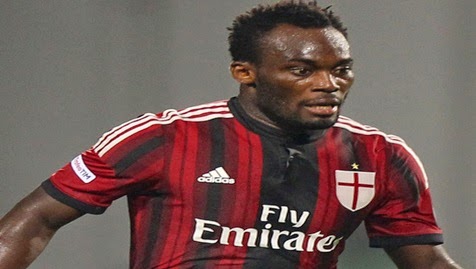 Ghana midfielder Michael Essien will be handed a starting role in AC Milan’s Serie A away clash at Hellas Verona on Sunday afternoon as the replacement for suspended Nigel De Jong, according to Rossoneri Coach Filippo Inzaghi. “We are always good at making up for absences. Nigel is a great player but on the field there will be Essien, who is a great professional. l Know he will be a better replacement.” Inzaghi was not forced to start Essien only due to De Jong’s suspension but also because fellow midfielders Marco van Ginkel and Riccardo Montolivo sidelined through injury. This will be Essien’s fourth start of the Serie A season after playing in Milan’s league clashes with Lazio, Casena and Chievo.