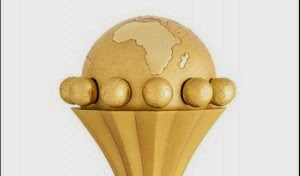 The Ghana Medical Association has reveal its displeasure over the government’s decision  to consider the request by the Confederation of African Football’s (CAF) for Ghana to host the 2015 African Cup of Nations should Morocco withdraw as hosts.
According to the Deputy General Secretary of the GMA, Dr. Justice Yankson, “it will be risky for the government to accept the request from CAF.”
Speaking on Citi News, he said “If people are going to be here for more than or close to a month, some could come in at a point where they do not have a full blown infection or are not exhibiting the symptoms, but the symptoms could come in after they have already entered the country, that is something we need to think about.He advise that,” before we take a final decision we really need to sit down and do our homework well.”
The possibility of hosting the biannual tournament in 2015 was confirmed by the Minister of Youth and Sports in an interview with Citi Sports on Thursday,that the country had been approached by CAF after reports that original hosts are considering withdrawing. “CAF wrote to us a few days ago actually and indicated that Morocco had given strong indications that they will pull out if CAF did not change the date,” the minister said.
Ebola has already claimed the lives of about 4,500 people in West Africa, with Guinea and Sierra Leone, two of the most affected countries, still involved in qualification for the tournament.
Meanwhile the Moroccan youth and sports minister, Mohamed Ouzzine said on Thursday that though they had not yet withdrawn as hosts, they consider the advice of the World Health Organisation (WHO), which has advised against big gatherings to prevent the spread of the disease.
However, the Moroccan government has sent a request to CAF to postpone the tournament because of concerns over the Ebola epidemic, after it had ordered a report into the possibility that the tournament might lead to the disease spreading, in order “to avoid events which involve those countries affected by the Ebola virus.”
CAF has also stated that no changes will be made to its schedule ahead of the tournament, but will consider the request by the Moroccans on November 2. “Our concern is the health of Africa, and based on WHO reports and guidelines, we have to listen,” Ouzzine said.

“We will discuss these things when we meet with Caf  and we might even debate other options. But I beg you, what’s the significance of the financial losses compared to human losses? Should the tournament be held….let your comments be heard on our Face book page.

Jordan, Appiah to start in attack for Ghana against Equatorial Guinea