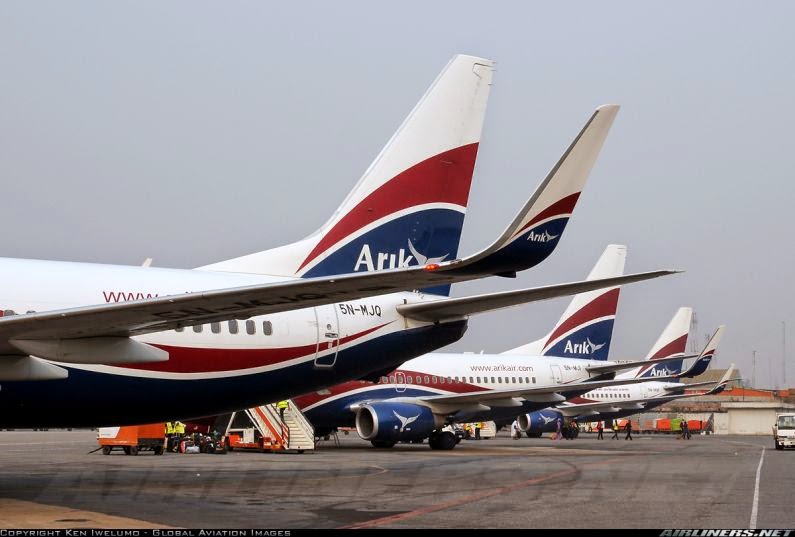 There was serious Ebola scare among passengers when a 63-year-old United States citizen flying from Lagos died of a heart attack about an hour before the Arik Air plane landed at Kennedy Airport on Thursday, October 17, 2014.

Daily Mail reports said the man boarded the JFK-bound flight filled with about 145 passengers on board on the night of Wednesday, October 16, 2014, but died before arriving New York.

Flight attendants called the CDC, Port Authority and customs officials, who then boarded the plane in protective gear as it touched down, forcing 145 worried passengers to remain on board.
The authorities then conducted tests on the body and it was only a short evaluation that suggested he did not have the deadly virus, prompting concerns there are still ‘vulnerabilities’ at airports.

Meanwhile, the duration of the test conducted on the corpse didn’t go down well with a lot of people who described it as “very brief” pointing out that the test to detect the deadly disease should take longer than the few minutes it took the officials.
Among them was a Republican congressman, Peter King who wrote a letter to the Department of Homeland Security in that regard. 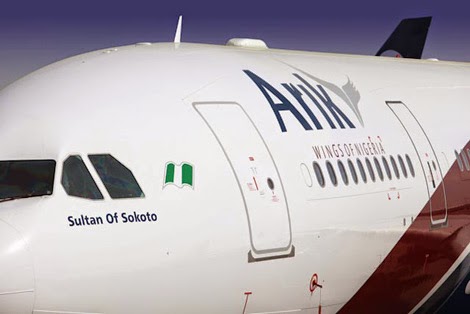 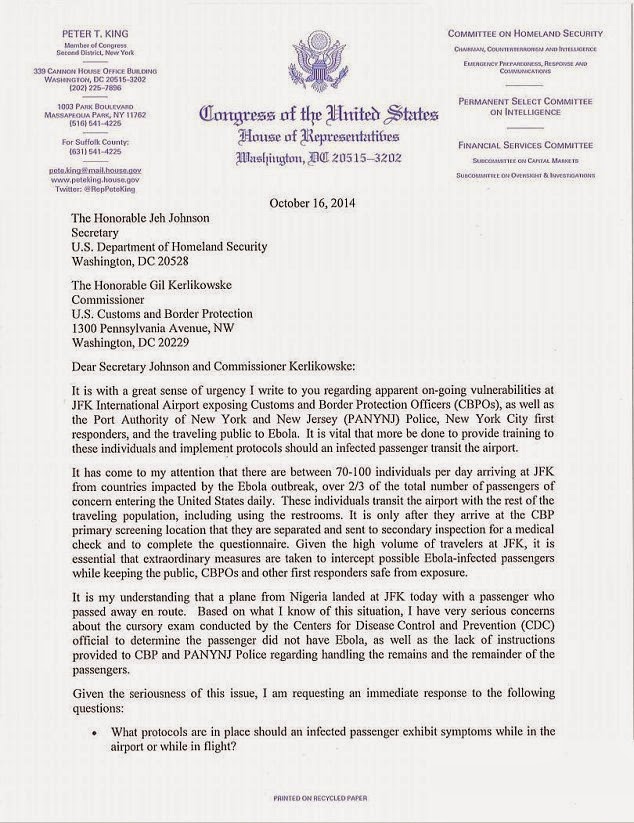 Action needed: The representative for New York’s 2nd District asked if the potential of having isolation zones within the terminal had been looked at ( Photo Credit: DailyMail) 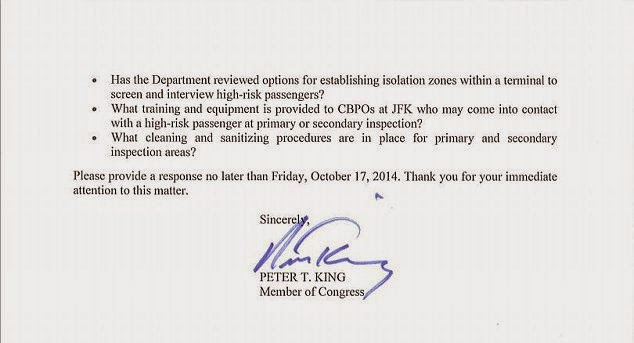 Nigeria recorded the Ebola Virus Diseases in July, 2014, after Liberian-American Patrick Sawyer brought the disease to Lagos on July 20, 2014. He died on July 25, 2014 in a Lagos hospital, not before infecting staff of the hospital and those of ECOWAS who received him at the airport. Seven Nigerian died of the disease which was swiftly contained by quick action by the Nigerian government. The World Health Organization is set to declare the country Ebola-free by Monday, October 20, 2014 if no fresh case is recorded.
The recent outbreak of the Ebola disease is seen as the most deadly as it had killed 4,493 people so far according to figures released by the World Health Organization on Wednesday, October 16, 2014.