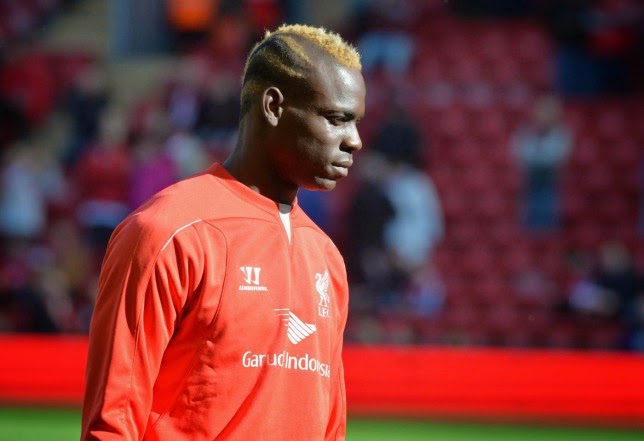 Liverpool’s Mario Balotelli has been dubbed a ‘rotten apple’ by the man who sold him for £16million this summer.
The Italian striker was shipped out of AC Milan – the club he supported as a boy – and snapped up by the Reds, who were desperately seeking a replacement for Luis Suarez.
Now Milan president Silvio Berlusconi says he never wanted to sign Balotelli from Manchester City back in 2013, and that he’s glad the club managed to offload the controversial 24-year-old.
‘I remember he was bought against my advice,’ Berlusconi told La Gazzetta dello Sport.
‘We have many champions – (Jeremy) Menez, (Keisuke) Honda, (Stephan) El Shaarawy, (Fernando) Torres, (Nigel) De Jong…
‘The base is there. And we no longer have a rotten apple in the dressing room.’

Balotelli has struggled to make an impact at Anfield so far, scoring just one goal in the Champions League against Bulgaria minnows Ludogorets.